NedersteEtage is by no means empty. There is full activity. It’s just a little hard to spot. As announced recently, we now also occupy the floor above. This is where all the activity has taken place.

Somewhere near 500 illustrated or more reading pages have in three weeks been translated into English and in a few cases authored. Most are articles are quite comprehensive and have some weight in terms of topic and content. These are great topics and many of them with a historical angle. It has become more important than ever not to get lost in the flicker that dominates the World and get basic control of the bigger picture and who we are as inhabitants of this strange planet.

Here is as far as the project has come so far. As MellemsteEtage is an English site, the review of the first 33 articles is in English. They are listed in chronological order from the bottom up – the most recent first.

The world is experiencing a League of Cambrai Moment right now. What is that, you may ask. Read this and get the answer.

CLIMATE – A STORY OF POLITICIZED SCIENCE

In the last millennium a group, a clique of billionaires decided to present the World to a giant piece of fraud in order to make a serious amount of money. So they made the genious move of blaming the people of the Planet Earth for the mechanisms of the Solar System … and tax them for it.

Agenda 21 is, as the name suggests, the plan for the 21st century as presented by the UN. It is globally conceived and locally implemented. Since it includes EVERYTHING, it is by its nature total. And in a totalitarian world, it’s all about what we are not allowed to do and never what we are given the opportunity to do.

A King of the Antique Babylon had a dream. They wrote it down and published it in The Bible. It seems to have a lot to say for people of our time.

THE LAW OF THE LAND

Natural Law versus Maritime Law – why would you bother to know about that? Here is the answer:

‘Cause we are living in a material world, and I am a material girl – sang Madonna. As a perfect icon of depravity and horniness, she became the 80s exponent of materialism in entertainment. The subject, though, is deeper than a random pop chick.

Hollywood is an image factory that is a co-creator of our reality.
And they know it. The ownership of the factory is fully aware of what they have in their hands.
Fiction is sometimes more that fiction. This movie is eerily close to reality – according to sources.

This is a mouthfull. Don’t try to eat it in one piece. You may want to use it a training ground for understanding the potent and often dangerous trickery of false arguments. There is a reason why the socalled Elite have send their sons and daughters to Elite Colleges and Universities to become the rulers of the world.
They are taught THIS STUFF.

YOU CAN’T SAY THAT!

… and why today more than ever we need to understand a seemingly discarded manifesto * from 1848.
* Manifesto: A formulation of an intention about manifesting = to bring to reality.
This is now becoming a global reality.

GLOBALISM AND 19 REASONS TO SAY NO!

There are some breaking latest news here. It seems World War III has been declared.

When God died, the ugliness arrived. Is it a coincidence, or is there a connection?
We need to find out.

THE KING THAT DISAPPEARED

In the New Testament he is mentioned as a king 28 times.
And yes history books to no not have any trace of him as a historical figure. Or do they?

TRAGEDY – WITH OR WITHOUT HOPE

YOU DON’T PISS OFF THE GODS WITH IMPUNITY

Don’t say, that the level of ambition is set too low. We try to grasp the totality of human history beyond what mainstream has to offer. It’s a mouthful of book size proportion, but so is the topics.

All this talk about free energy. Let’s take a closer look into that concept. As if there were some kind of free bar into all energy of the Universe, that could be tapped into – without any harm or consequenses. We will look at both the might-be’s and the consequenses.

IN THE BEGINNING WAS SOUND

This topics seems obvious for me as an educated musicologist. And yet not, for this totally transcends traditional music science. In classical science known by the Greek and the Romans, there was Quadrivium, the four sciences: matemathics, physics, music and astronomy. Music was on the next highest level according to this system. There is a reason for that.

Another quick bestseller. There is apparently a great interest in this subject, that many have heard about but not understood. And what has it all to do with the Lost continent of Atlantis? You will see.

THE HIDDEN MEANING OF FAIRY TALES

This article is an in-debth essay on esoterica in fairy tales, psychology and the Heros Tale in all of us. Fairy tales may be for children, but there is dangerous and deep layers for all of us, who think of ourselves as grown-ups.

AN INTERVIEW WITH MYSELF

At the first glimpse, it might seem a little – shall we say self-centered. But you may see, that the experimental form with split brain is actually preventing that. Personal experiences and views are not interesting to others, if they are not universalized.

This article became a quick bestseller in a few days, and I can see why. Not only is the topics hot in pop culture due to eg. TV-series and thus highly entertaining. But it is also a deep subject with exiting theads down not only Scandinavian culture but World history.

Chivalry is about true nobility. It is about human values that have paled out in our time. Many things could be said about knights and power and secret societies, but this is not about that.

GET OUT OF TOWN

We live in an urbanized culture. Something got lost on the way. Cities have become crowded prisons, and we have lost our roots in the earth. Nature has become foreigh to us. The Greek philosopher Epicure has something to say about that.

CONFESSIONS OF A DANISH CONSENSUS DISSIDENT

This is where it transitioned. It felt like a necessary opening statement of what this new site is all about.
And also as an introduction to Denmark as a country and where it fits into a larger scheme. Despite our glorious past, we have as Danes today degenerated into a nation of sleepers.

I have been looking for a key word.
What I mean by that is a word or a phrase able to describe, what 2021 will be all about. Or could be all about.

This is two conversations or interviews if you like with a Susanne Hovmand, highly knowledgeable in both food production, farming and gardening from a Life Force perspective. This lady knows stuff.

They try to impress us with a whole lot of fancy words with -ism in the end. I can’t say, I’m innocent. Let’s take a whole bunch of them and force them down on the ground – and beat the up a bit.

THE ANATOMY OF GENOCIDE

We are in dark area here. We have just come out of a century of genocide. There is hardly a century in human history, where more blood has been spilled on the sacrificial alter of Baal. We cannot and must not forget it. And we have to know, what it was all about, who did it and why.

THE POWER OF PLAY

Not to be confused with power play, which is quite the opposite. A thorough examination of creativity and playfulness as a main source of the human way of learning, evolving and thriving.

SHIPWRECKS THAT CHANGED THE WORLD

A whole series of shipwrecks through history seems to form a pattern. We will take a look at two main events from the 20th century, that fit into this pattern.

CONFESSIONS OF A DANISH CONSENSUS DISSIDENT

he Danes are strange people. Our early ancestors were tough warrior tribes that conquered the world in ocean-going longboats with helmets, swords and axes. Today we seem to have grown into a breed of submissive, authority abiding and politically correct weaklings.

Read articles in English on MELLEMSTEETAGE.DK 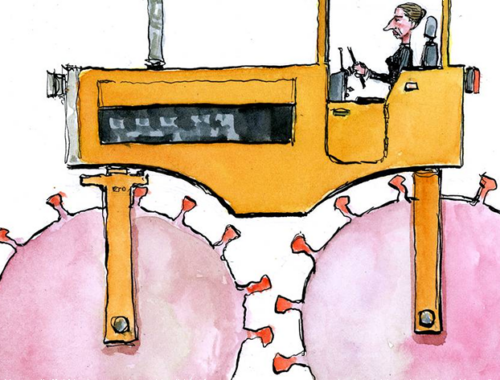 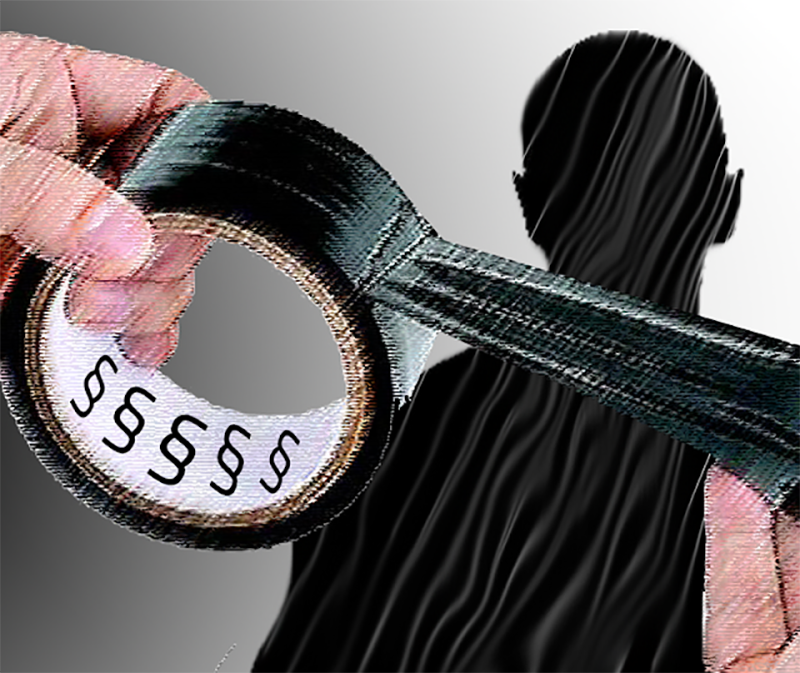 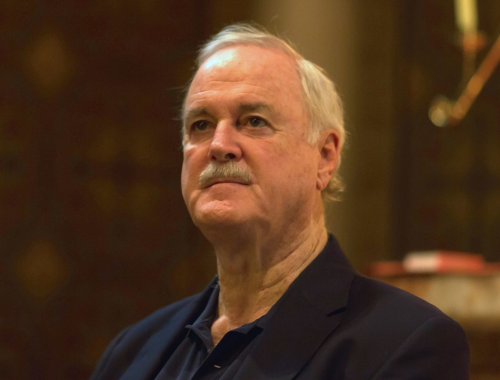