A system goes wildly out of control if it is not stopped, while it is in the process of getting out of control to a milder degree.
Jordan Peterson, quoting Viktor Frankl – psychologist, German concentration-prisoner-of-war camp survivor – and Alexander Solzhenitzyn – historian, philosopher, Gulag extermination-slave-camp survivor

By system is meant the form of government of a society. So what Jordan Peterson is saying here, is that we let it happen. If people do not see it coming in time and say STOP!! it goes in the wrong direction. Then someone runs with the ball and then it becomes difficult to catch up. We have so far endorsed that it happened, because we as citizens of a democratic society did not recognize what it took to maintain a democracy, and that passivity is a slow but sure democratic cessation of sales.

The above state of affairs, described in extreme and precise detail by Solzhnitzyn, could be imposed by force and coup at the time, because agrarian Russia was defenseless in the face of an outward totalitarian attack. It could not later be done in the same form, due to the massive experience that people had. The next attack meant a change of style and strategy and was aimed at the so-called ‘free world’ and its democracy.

In democracy, people thought that as long as they chose someone to do it for them, then it was probably done in their best interest. It always starts small. Those in power are testing the population by offering them the unreasonable in small doses. It works in the same way as a non-acute poisoning that slowly builds up in the organism before it becomes chronic. The symptoms appear to a milder degree before they escalate and continue. When it finally dawns on people that something is terribly wrong, they are so exhausted that they have no surplus to hit the brakes. They have been boiled slowly like frogs in a boiling pot.

People have also thought that as long as they put their trust in the media that claimed to do the work of keeping an eye on the Power aka the State, while people were busy going to work and ensuring their own survival, then gathering information would surely be done in their best interest. It progressed slowly. The media was enlisted in a process of commercialization, politicization, ideologization, and militarization. They no longer engaged in journalism but in propaganda. We are now both acutely and chronically information poisoned.

How can we as humans detect in the initial phase whether we are being exposed to pathological abuse? Jordan Petersen says it’s quite simple. If in your workplace or in any other context you are asked to do something that makes you weak or makes you feel ashamed, then the red lights should be bright.

Right now, a hell of a lot of pathological activity is going on at the bureaucratic intermediate level. Knowing that it is conceived at a high bureaucratic level, all implementation takes place at the intermediate level and below. They are very busy with the fascistoid process in the middle bureaucracy at the moment. It can only take place because sensible people do not say anything when they should say… something. There are far-FAR more sensible people than there are pathological psychopaths, they just do not make much noise. They do not shout and scream, they do not move forward, they listen, they do not seize the floor on every occasion, and they do not have an eternal self-absorbed urge to shut the mouths of others. So you hear disproportionately little from their side. When they occasionally express their doubts, they do so gently and not bragging and insanely arrogant in grandeur. They do not appoint themselves as authorities who cannot make mistakes, how-dare-you…

The main problem has to do with the fact, that we have not said stop and have let it happen. We have become state-dependent, because we have played all initiative into the hands of the State. The state will take care of us, the state has the answer, the state will give us leeway, the state must always be asked for a permission. And the State is expected to come and save us when we are lost. We have become state drug addicts because we have no viable, non-state alternative.

In the past, there were always alternatives. People could fend for themselves, they knew how to build things, deliver supplies, convey news and organize themselves. The state has taken over today. Self-sufficiency is not just degenerate, it is outlawed. The state describes people who help each other in their free time as ‘undeclared work’ – that is, if only one of the helpers is someone who knows a craft. The state has monopolized labor services in order to be able to tax it = suck money out of it to pay its (in Denmark) 1.3 million state employees. So a fifth of the entire population! There is something fundamentally unhealthy about such an overgrown and devoured state apparatus.

And then you can go into your room and you will not come out again until you are good again.
Then you can learn, you dirty kid!

The past 18-19 months has seen a systematic weakening and disgrace of the population. To stay in the workplace analogy, it is now that we must prepare for another job, which translated means step-by-step work for a recapture of our sovereignty as human beings and citizens. We must teach ourselves non-identification with the State. We ARE NOT the State, the State IS US. WE THE PEOPLE, FOR THE PEOPLE, as stated in the American Constitution as a good example of the Republic, Res Publica, the Cause of the People. The state has become like a giant untrained dog running around with its owner, the people. The state should be a well-behaved service body, but instead it sees the population as ITS service body. It sees itself as the purpose. Wag the tail.

If we do not turn our energy against this abuse of power, then we ourselves will become addicts. Then we will start chopping down and sideways. If we lose focus from where the abuse comes from, then we become co-abusers.
In a diseased social system, we always find oppression at eye level.

We also find numbness and division, both symptoms of the weakening.

It is said and felt that the past year and a half
has created a fundamental division between people.
It can be expressed in a simplified version (without degree inflections):

On the one hand, there are people
who thinks that something is completely and utterly terribly wrong.
They are already in the process of ‘looking for a new job’.

On the other hand, there are people who believe that:

The willingness to subordination and the headless belief in authority require a very long list. We must understand that these statements are not due to malice. Nor stupidity, most of all ignorance, which is not the same. We can see it in a different way. All the people who have chosen to duck their necks are people who have not yet arrived at reality. They have allowed reality to be replaced by a synthetic, artificial reality with a synthetic-artificial explanation of this unreality. It is sold to them because there was a void, there was nothing better. And as long as they did not object to this unreality, they were allowed to live in peace as a kind of reward.

This is where it is now possible to claim that those in power have gone too far, even in their own interest. People have now been forced to give up their former lives-in-peace-for-so-long_as … Peace is now over, war, unrest have moved all the way into the living rooms and into people’s biological existence. The fear that state-approved terror is screwed up so high, that all people are doomed and obligated to feel life-threatened in their very daily dealings with other people. The power has tightened the grip so violently that the cord breaks, and people in great style and number have begun to speak out.

Or mock it (know your media on the insults). Europe explodes in mass demonstrations and the media brings NOTHING about it. They do not, because they do not care, on the contrary, they are pissing in their pants. They do this because they have been notified.
Read: ENOUGH!

What one can assume and hope is, that these mass gatherings compensate for the communication vacuum that was created (consciously) through the Operation Lockdown. Those in power know, that people who meet help each other form opinions. They also know that these opinions do not benefit them as rulers. We have reached a point-of-no-return. It is no longer possible to deny the huge damage, that the shutdowns have meant to society. The responsibility can no longer be automatically evaporated as before. There are those who remember – EVERYTHING! And there will be talk about it, on the streets under the tabs, in the cafes, in private. Why was it so important for those in power to shut down the café-restaurant life, for the theaters, for the visits to the public institutions, that is, for all the places where people meet and exchange cautious and searching statements on the way to an opinion formation? Why was the travel ban so important?

And the next one who plays, that it has something to do with preventative public health, gets a smack in the face!

Uncle Algorithm will lose its power. The nice uncle wants it, because people have lured the pattern with censorship, information bans, quarantine, filtering out, shadow cursing, social-Chinese exclusion and cancel culture. There is now open talk about, how we will be harvested and reaped by our mobile phones. It can no longer be kept hidden that … they keep something hidden and that this something is unsuitable for children. So: You must not talk about it, but otherwise everything is as it should be 😉

The Blessing or the Curse of the Past 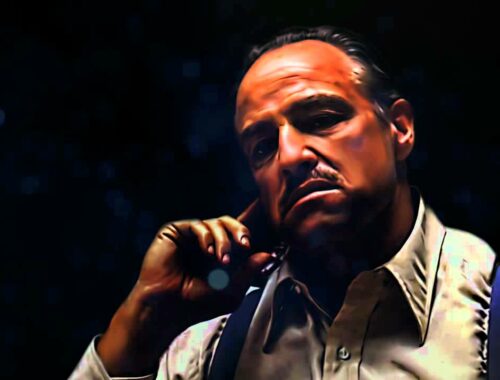 A travel with mafia and dead munks 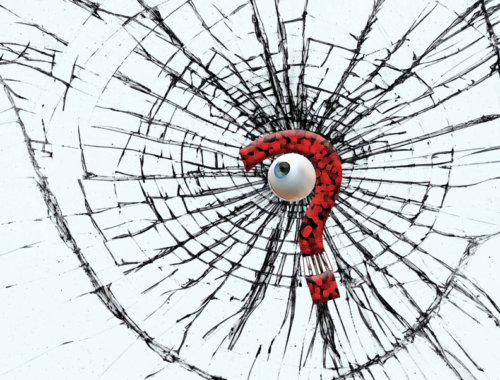 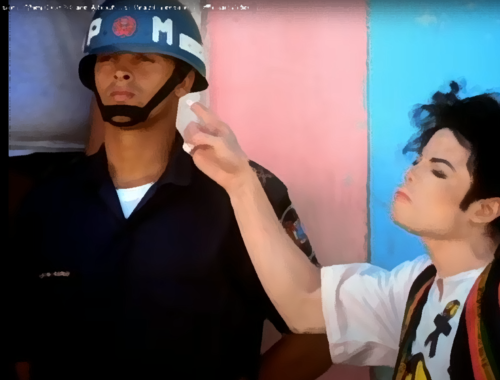 All I Wanna Say Is That …