In a lecture by John Cleese called Creativity in Management, he begins by stating that creativity is not a talent. It’s a way of operating. One method can be said. He then adds that it is not related to IQ – provided it is not a decidedly imbecile person.

He bases his statements on a researcher named McKinnan who specifically studied creativity. This also states that creative people are simply people who have acquired a way of putting themselves in a state where they can be creative. Put another way: they have retained the ability to play or to be childish. It is also important to understand that play has no specific purpose other than itself and the enjoyment and joy it produces. It also means that duty and coercion are absolutely killing and creativity-killing.

It leads to a finding of how a company, an organization, a family, a person can view themselves and operate in two states: an open state and a closed state. Creativity is not possible in a closed state.

A closed state is the one we find ourselves in most of our time when we work and when we come home and need to have the privacy fixed. It consists of all the scheduled and incidental chores we fill and get our lives filled with. There is a touch of nervousness and impatience associated with the condition. Things have to be done by hand and preferably on time. There are others who depend on our results. They will be subject to assessment and perhaps criticism, the quality must be at a level. Or even worse: a whole lot of results have to arrive at a tremendous speed – without compromising on quality. There is an element of suspense, very little humor and lots of purpose in it. If it overcomes, there is chronic stress in it, it becomes manic and pathological. And again, these would mean that you have to spend for these processes.

In an open state, man is relaxed, expansive, and less purposeful. There is time and space for reflection and humor. The condition includes that man is playful. There is no time pressure to perform and get something done as quickly as possible.

An extended concept of art

Is creativity limited to being a luxurious activity for the creative class? Does it have anything to do with art? Yes and no, but it’s way too limited. The greatest scientific discoveries have been made in an open, curious and playful state. Maybe as a starting point. The greatest scientists have a well-developed intuitive side. At the same time, they have managed to shift to their equally well-developed closed state consisting of logical and methodical thinking combined with years of hard work in an effort to explain and test why their instinct in the open state was right. One question: Could not we advantageously begin to regard science as an art form? The same with well-executed engineering (there you said it) and inventiveness. Or go back to considering these as an art forms. For Heraclitus, da Vinci, Bruno, Kepler, Goethe, Tesla, Alfvén, Rodin, and many great figures within and in the circle of science at all times, science and invention were art forms that contained the eternally curious, exploratory-playful element. For them, science did not exclude creativity, it was the prerequisite for science.

Creativity is the spark, it’s the way to open the gift box. It’s the way to set the course and make a decision on direction. BUT, once the course is set and the vision is in place, then there is no point in remaining in the open state. Then it must be shut down, because otherwise it results in absolutely nothing or, in the worst case, a disaster. When a ski jumper is on his way down the ramp, he stops being creative and thoughtful, because otherwise it goes wrong. If a division of soldiers has begun occupying a post with a machine gun shooter, it is an inappropriate time to consider the fun of the situation. Humor is distancing, contemplating oneself from the side, from above, from behind, whereas implementation, realization is to be fully present without distancing and with both hands down in the pot.

The creative class has it in their self-preoccupation – the undersigned writer belongs to it, so I have a certain right to self-criticism of my own segment – to think that they have the right to be inside all the way through and beyond all bounds. They are cutting the agenda. When a company has renewed itself and innovation has taken place – genuine and well-executed innovation motivated by a genuine and urgent need for renewal due to a structure that is truly stagnant – then it is more or less out of the guard with the creative heads . There is no need for them in the next phase. Roughly speaking and with the danger of offending, which becomes the problem of the offended. The creatives should be invited inside again when the realization of the project has taken place to help assess whether it was successful so far and whether the next phase of the plan is ready to go into the air.

This leads to the conclusion that a balance between the two states is ideal. The ancients talked about the golden mean. Buddhism speaks of balance between extremes. Daoism speaks of balance between yin (the expanding, the open, the feminine) and yang (the contracting, the closed, the masculine), and dao is the balance. In European history of ideas and art, people talk about the Dionysian and the Apollonian, eros and logos, storm-and-urge / romance / baroque and rationalism / classicism. Some attribute these properties to the right and left hemispheres of the brain, which is probably an insinuation and simplification. We can also talk about the revolutionaries versus the conservatives. When the revolutionaries are allowed to continue unharmed, society always ends in tyranny, that is, the exact opposite of the stated intention. When the Conservatives are never challenged, it ends in bullying tyranny.

One of the problems with decision makers and politicians in particular is that they get so much adrenaline kick out of reacting to day-to-day-based solutions (which do not solve anything in the long run but create such violent problems for humanity both here and there. -now and in the future) that they are unable to step back and consider themselves and the situation. They are stranded in a chronic firefighting complex. They cannot see themselves in their grotesque self-righteousness and are fully convinced of their own excellences. They are constantly in a closed state as if someone is holding a gun up to the forehead of them. Is there a monster anyone who does that, and are they gentlemen and ladies in their own house at all anymore?

There are certain initiatives that can promote creativity.
Without the guarantee that creativity will arrive automatically.

In other words, a weighting where time is extremely important, because time is not just time.

One cannot be creative in the midst of the tumult of demands.
One has to physically move away from the rooms where the demands cling to the walls.
You have to create a space where you are undisturbed

Space is not enough. One needs to have access to this space for a certain period of time. Unlimited time is as destructive as no time. Play defines itself as something that differs from normal life through time and space. Play starts, it occupies its allotted time and space, and at some point it steps out of space. Then the play is over. In English play, which is also a synonym for games and plays. A play has a beginning and an end. It is an oasis of play that has a beginning and an end. Or as they say in the narrator model for novels, films, plays and musicals, etc: A beginning, a middle (the main part, the content) and an end. This is the necessary framework, without which it all flows out and becomes in vain.

The allotted time and the allotted space are sacred in the true sense of the word. It is devoted = set aside for play. Play is in a way a serious matter without the solemn. Here it is important that we refrain from input-inflow from everyday demands. It is very easy for everyday life to try to occupy and re-occupy the allotted sacred space. It’s also easy to switch to everyday mode, whereby it all goes in the sink, because it’s always easier to give in to the little things that are intrusive and that we know we can handle, than to take care of the big things that are less intrusive and that we are unsure of.

Time again. This time not about the challenge of setting aside time in a time-consuming everyday life, but about how to use the set aside time. The first thing you can say about it is, that it is important not to skip where the time is lowest. It is important not to choose the quick fixes. Maybe one should sleep on it and reread its solutions. .

It could be a bit like listening to a tape recording of yourself when you were drunk the night before. Or had smoked a funny pipe. Does it also make sense the day after – or rather when the hangover has gone to bed the day after the day after?

This can be confirmed by research (McKinnan) who states, that the most creative people always linger longer before declaring themselves ready to move on. The phenomenon is related to the restlessness and mild degree of anxiety we feel when we have not solved a problem and made a decision. This turmoil can very easily make us make the easy and quick decisions just to get rid of the turmoil. We can then imagine, that we have done our best and that the solution is the perfect one. Unrest tolerance is a booster for creative solutions.

A serious creativity-killer is the fear of making a mistake. Or just coming up with a suggestion in the creative process that after the actual decision process could lead to a mistake. It is a killer because it stretches legs for all play. In play, the main rule should apply: Everything is an option and what if we did, what would happen then – which in principle would be perfectly OK. Guilt, shame and fear are mental killers. Hmm, one thinks, can it have something to do with the over-consumption of these three instruments by governments, ideologies and religious institutions? Could it even be related to the fact that the educational institutions gradually wash out creativity? Is the power segment in fact even fearful of creativity, because what if the slightly too creative types down there on the floor level one day in creative arrogance came up with various suggestions that the power machinery could in fact be dispensed with? That perhaps there was no need for governments to the extent that people are brought up to think? We can play with the idea.

One can not be spontaneous to a reasonably measured extent, it is a contradiction in terms. Either you are allowed to play, or you are not, period!

Humor. The means of all that is the fastest able to complete the switch from closed state to open state. Over-seriousness is therefore a killer of creativity. And by humor is not meant silliness, to go into hay-hay mode. It is rather touch anxiety and superficiality. We are talking about solemnity, grave-seriousness.

Here again, Power has a problem. It sees humor as a potential threat. It knows that its self-inflated ballooning is in constant danger of being punctured by a serious joke.

More in depth about the magic of the game:
The Power of Play 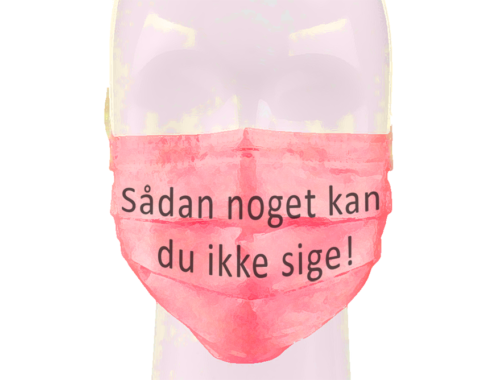 You can’t say that! 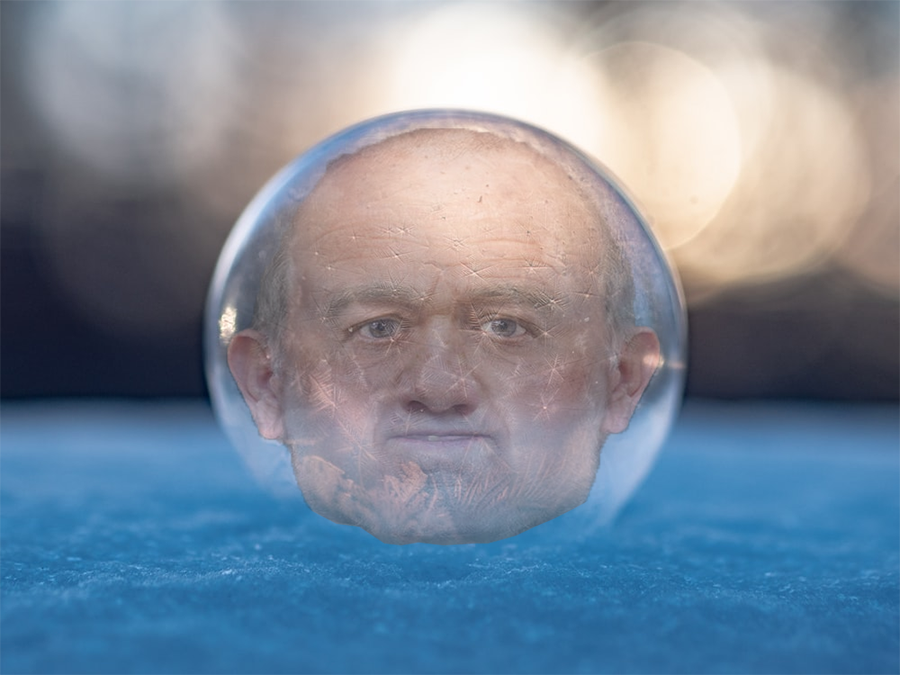 The 8th Sphere – humans caught in a trap 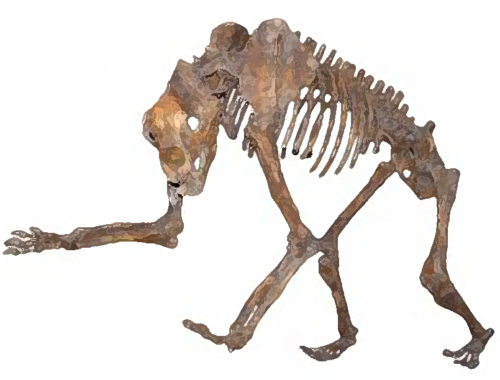 I have learned a new word